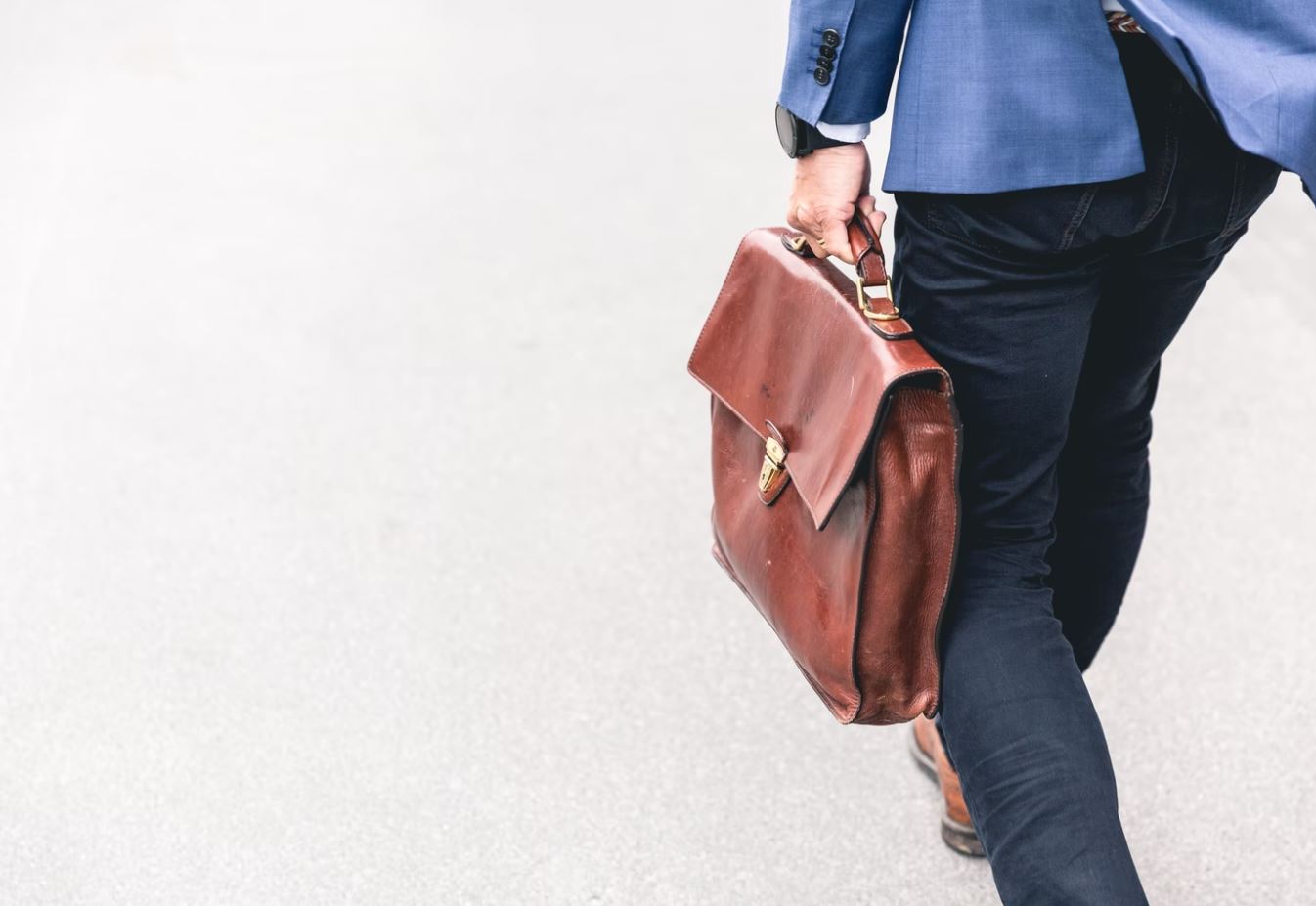 Digitalization has seen an incredible lunge forward within the past years. This evolution brought along several opportunities that would not have been otherwise possible. One of the markets that have seen such a step forward is gig economy. Generally speaking, the concept of “gig-economy” defines short-term working arrangements between companies and workers and that are paid following each undertaken task. While it was already a phenomenon on the rise, the COVID-19 pandemic has fostered its growth towards even greater popularity. Gig economy is based both on freelancers, who earn a living from project-based paid assignments, and on people who may already have a permanent job elsewhere but who are looking for a way to increase their income by finding additional means of income. In order to find and undertake such arrangements, people turn to online platforms. This led to their labelling as a new category of workers namely, “platform workers”.

According to the European Commission, the economy based on the labour enabled by means of online platforms in the European Union (“EU“) has increased over five times since 2016, from an estimated EUR 3 billion to roughly EUR 14 billion1. And the capital increase is not the sole aspect observed, as roughly 24 million citizens of the European Union have found labour by means of various online platforms. Adding to the popularity of gig economy, 11 per cent of the EU workforce stating to have offered such services at least once.

2. Challenges that Platform Workers have to face

Gig economy offers a freedom that is sought after by many workers. However, as no good thing comes without a fault, people who tend to online platforms in order to find work arrangements also face a number of challenges, that the traditional workforce is unaware of.

One of the first and most important challenges that platform workers face is the lack of security that a classic employment contract offers. The former is faced as a direct consequence of rather a void in or at most a very brief legislation that looms over the situation of platform workers EU-wide. Currenty, platform workers are in a grey area in terms of the traditional definition of the employment relationship, especially since according to their contracts, the way they perform their tasks is qualified as “self-employment”. However, this is a qualification that has raised criticism stemming both from workers, trade unions, as well as from politicians throughout the EU. There is already case law in Member States whereby platform workers have been qualified as actual employees, especially in the field of transport or food delivery. As such, Dutch2, Spanish3, French4 and Italian5 Courts have already laid down the groundwork towards such a qualification.

As many have argued, platform workers can be easily confused with actual employees, in terms of responsibilities and obligations. However, while their obligations can barely be differentiated in certain material aspects, their rights are very different. Platform workers do not benefit from any of the advantages they would have should they be qualified as employees. As such, in addition to having an employment status that is not regulated and that is treated differently throughout the Union, their working conditions seem to be harsh in terms of health and safety, specific concerns being raised especially in relation to workers in the field of transportation or food delivery.

Moreover, platform workers do not benefit from adequate social protection in most of the cases, nor do they have the benefit of collective representation and bargaining rights. In this context some countries have already taken it up on themselves to enact changes in that area. The French Government adopted in April 2021 an order that would enable the creation of a system of collective representation of workers in the digital platforms sector. Thus, starting with 2022, French platform workers will be given the possibility to elect national representatives to engage in negotiations with the companies owning those platforms.

A study published in March 20206 by the European Commission analysing the main challenges that platform workers are facing has revealed that actual Member States regulations in this field are scarce. When talking about gig economy and online platforms, accent is mostly placed on aspects concerning competition and the internal market, rather than on the people’s working conditions. Additionally, as scarce as it may be, the regulation on this category of workers at Union level differs from state to state.

Attempts to regulate this field have been approached threefold. One approach has seen the application of already existing legislation to platform workers while determining their employment status on a case-by-case basis. A second approach is either the introduction of a third category of employment, namely of an “intermediate (independent) worker” or of a rebuttable presumption of employment. The third and last approach would entail providing specific protection for online platform workers, notwithstanding their employment status7.

Seeing how different, if existing, these regulations are, at the beginning of 2021 Members of the European Parliament have decided, in an overwhelming number, that the EU is meant to ensure platform workers protected rights. This ought to include proper holidays as well as healthcare for workers on ridesharing and food delivery applications. To this regard, the European Commission has been tasked with presenting by the end of the year a directive meant to tackle these issues. So far, the Commission has launched two consultation stages, requesting the opinions of social partners, companies and trade unions. The second of the two has been recently closed, namely on September 15. However, as the EU cares to ensure, any future initiative of the EU will take into account the national competence and the diversity of the labour market in the Member states as well as the autonomy of social platforms. The initiative on platform work does not seek to interfere with the definitions that national legislators have already given to the term “worker”. Moreover, it is not the purpose of the EU to create another employment status (neither self-employed, nor worker), while also taking into account the choice of Members States to introduce this category into their legislations.

The situation of platform workers in Romania is similar to that of many countries, namely somewhat of a legislative void. When strictly talking about individuals who find work by means of online platforms and carry out their tasks still in the online, their options are fairly straightforward. In order to provide services, they will either opt to register as an authorized person, or setup a limited liability company.

However, when it comes to platform workers that take their activity into the offline, the situation seems fairly different. For now, Romanian legislation only contains provisions targeting workers that activate in the field of transport, such as Uber and Bolt Drivers, which are to be licensed by the Romanian Road Authority for each automobile to be used when carrying out alternative transport activities. However, while their activity may be somehow regulated, the protection of the workers is not specifically covered. Momentarily, the way in which drivers are able to collaborate with online platforms enabling them to find work is to either be self-employed, by registering themselves with the Trade Registry as authorized persons, or to work within a fleet. The latter of two may also include the possibility of the drivers to be actual employees (if not joining the fleet as authorized persons), eluding the lack of protection and the grey areas. It is the perfect response of the private sector to the lack of initiative of the state.

However, when choosing the last option, workers will be faced with additional charges and might also encounter certain limitations in terms of actual flexibility, which is one of the core attractions of the gig economy. If workers do not opt for such a solution and rather follow the path of self-employment, similar to the situation of drivers throughout Europe, they will also be faced with the lack of extensive or straight forward protection that follows this qualification of employment status. However, regulating such issues will indeed prove to be a matter of utmost delicacy. One can understand the need to protect the workers, but this might also open a Pandora’s box, both in terms of protecting the newly recognized and acclaimed flexibility and in the field of health and safety.

As the trend towards online work does not seem to decrease, offering a predictable and fair framework in order to carry out these activities seems more stringent than ever. The fact that, aside from freelancers who find work and carry it out strictly online, there is also another category of platform workers, namely the ones who find work online and carry it out offline is one of the main reasons behind the need for regulation. As studies show, these are workers that are already coming from unfavoured backgrounds and for whom the additional income is most of the time a necessary way to make a better living. They are the ones at the biggest disadvantage, the ones for whom these changes will be of the most importance and most welcome.

Regardless of how sought after such legislation is, it remains to be seen exactly how the EU will find the formula to balance the flexibility of gig economy and the protection of the workers operating therein. Further on, we can only hope that the European initiative will be a trailblazer, shedding some light and allowing the Romanian legislator to follow suit and implement relevant legislation.